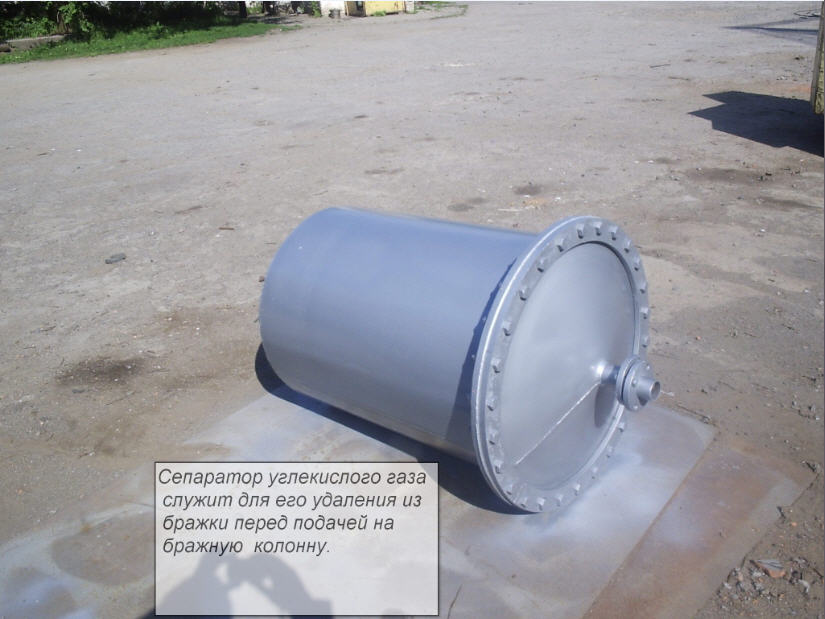 The separator of carbon dioxide serves for its removal from distiller's beer before giving on a brazhny column.