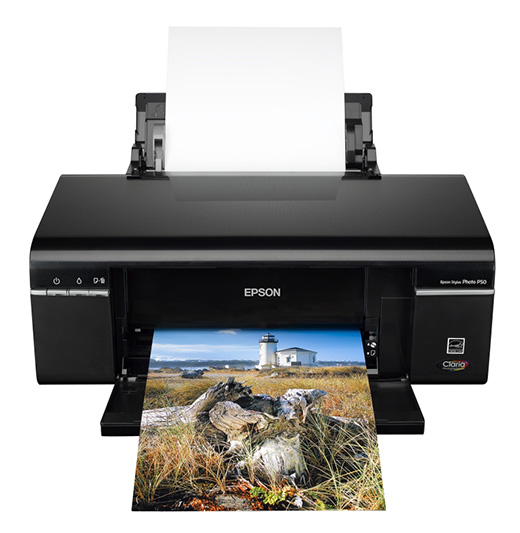 Quality of photos is higher than in a photolaboratory
Water-soluble Epson Claria Ink was specially developed by the Epson company for the printing of photos and is used in cartridges for Epson photoprinters, providing an unsurpassed color rendition, saturated and bright colors. 6 color system of the press allow to achieve the maximum color coverage that takes the picture on quality surpassing the analog press in photolaboratories.
Epson Stylus Photo P50 prints drops to 1.5 pl with the resolution of 5760х1440 dpi that provides the highest specification and lack of granularity.

Color correction of images
The PhotoEnhance function which automatically finds and corrects shortcomings of photos before the press is provided in Epson Stylus Photo P50: tarnishing, contrast and saturation.

Design
According to current trends of Epson Stylus Photo P50 has dark design thanks to what the device will well look in any interior. Small dimensions allow to place easily it on a desktop, and the ergonomics are thought over so that work with it was the most convenient. If you do not print any time on the device, you can put paper supply trays in such a way that it will take even less place, but also will be protected from hit of dust in the printing mechanism.