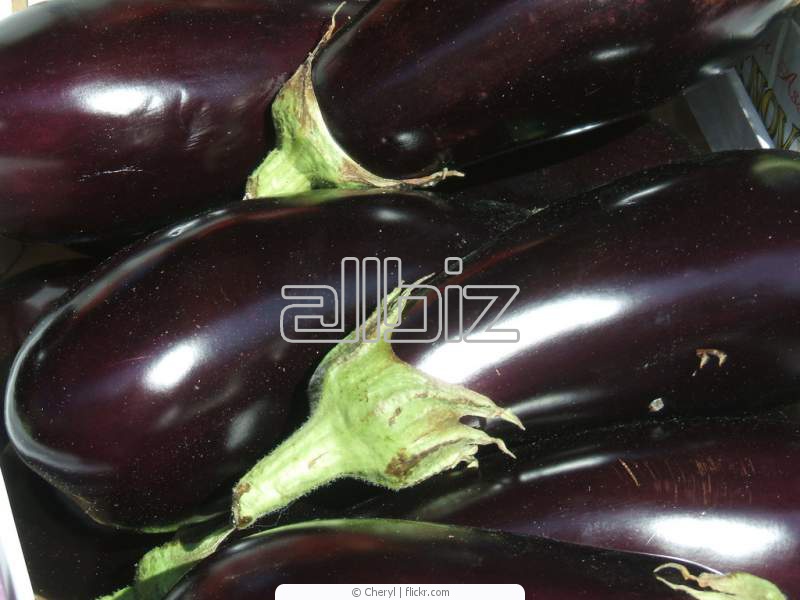 Eggplant - a grassy plant from 40 to 150 cm high. Some grades have large leaves, next, prickly and rough, - with a violet shade. A fruit an eggplant and - big berry of a rounded, pear-shaped or cylindrical shape. Reaches in length of 70 cm, 0,4-1 kg weigh. Coloring of ripe fruits - from gray-green to ocherous.

In a wild look the eggplant grew on the Middle East, in the Southern Asia and India. This vegetable thanks to Arabs who delivered an eggplant in the 9th century to Africa extended. Europeans got acquainted with an eggplant in the middle of the 15th century, however widely began to grow up this culture only in the 19th century.

The earliest and fruitful of hybrids of traditional coloring - Bagir's F1. From shoots before maturing there pass 100-110 days. Plants silnorosly, high. Beautiful, equal fruits are formed after 8-9 leaves. Pulp of average density, white with a green shade, without bitterness. This hybrid has almost absolute commodity quality of fruits.

Early hybrid - F1 the Hippopotamus. It average height (to 1,5 m in the glazed greenhouse and to 70 cm in film), standard. Its leaves without thorns. Flowers are located on 3-4 in an inflorescence. Fruits quite large - 350 g, an oval or pear-shaped form, dark-violet with a glossy surface. The pulp is cream-white, average density, has no bitterness.

Low and mid-season F1 Lolita has good productivity too: elongated and oval fruits keep up in 110 days after emergence of shoots. Despite small growth, gives an eggplant in a quarter of kilogram with dense, without bitterness pulp.

We recommend to see
Eggplants
Tomatoes
Cucumbers
Sweet pepper
Send inquiry
Buy
Contact supplier
Your question has been sent successfully
Consultants of the shop typically answer questions during the day.