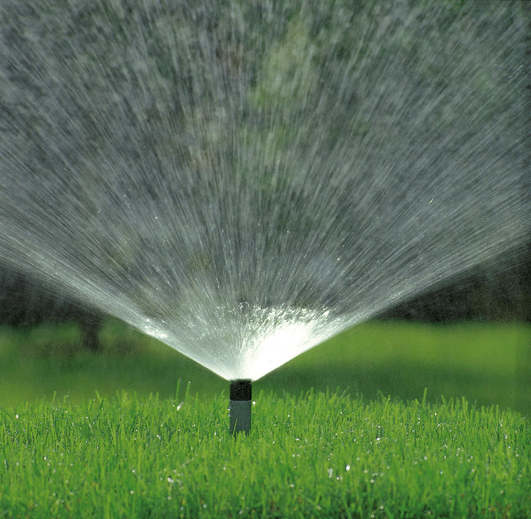 Drop watering - the most perspective and economic view of an irrigation

Drop irrigation - a way of watering at which water on system of polyethylene pipelines, microwater outlets (emitters) and droppers moves in a root zone of plants. The main feature of a drop irrigation is water supply directly to each plant, according to his need for water.

Water distribution. The drop irrigation is based on water inflow in a radical zone of a plant, and, the quantity and frequency of water supply is regulated according to requirements of a plant. The quantity of points of moistening of a radical zone is not set in advance, and is established depending on local conditions — a type of a crop and type of the soil.

Water supply. Water arrives to all plants at the same time. Not irrigated strips between ranks allow the farmer to work in the field at any time, even then, when the irrigation is made. An inspection of a method was carried out experimentally by research institutes, the Ministry of Agriculture and farmers on a commercial basis. The received positive results promoted fast distribution of a drop irrigation.

Food. The drop irrigation is the most effective system for food of a plant.
Fast and intensive absorption of nutrients happens owing to bigger development of root system on a site around humidifiers and due to good aeration of the soil around roots

Selective irrigation. The drop irrigation leaves dry leaves. Besides it allows to carry out selective moistening of sites. In this regard the irrigation can be made in any convenient period it is not dependent on the performed works and processing of the soil.

Agrotechnology. Drop watering allows to carry out processing of the soil, spraying and harvesting at any time, is not dependent on carrying out an irrigation without damage to structure of the soil as sites of the soil between ranks throughout all season remain dry. Even when the soil was damaged owing to the wrong processing or an irrigation, thanks to drop watering on it it is possible to receive the same good harvest, as well as on sites with the healthy soil.
Contact the seller
Dozhdevateli for watering Ukraine