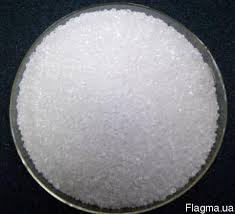 D - mannose - polysaccharide, white sugar and sweet - crystal, which is produced by the body, and stored in the cells of the epithelium, carpeted urinary tract.

The cause of the disease in 90% of the bacteria are E - Coli, falling from the gastrointestinal tract, the mechanism of which is to join the molecules D - mannose, followed by fixing on the walls of the epithelium and the initiation of disease.

D - mannose, unlike glucose more slowly absorbed in the gastrointestinal tract, and in contrast to other sugars is not converted to glycogen and misses in the liver.

D - Mannose is transported directly into the circulatory system substantially unchanged, passes through the kidneys and into the urine, and from there into the urethra, simultaneously covering epithelium.
Bacteria E - Coli, which is not yet attached, cling to the new but no distinguishable from natural sugar and washed with urine. With remain attached units easily cope leukocytes.

This mechanism of action has been scientifically proven and is not only an effective treatment, as well as the safest, unlike antibiotics.

D - mannose, unlike antibiotic does not kill all microorganisms, does not contribute to allergies, mold appearance, it has no effect on the pancreas, and naturally washes disease initiating e - Coli, without causing impacts and without side effects.
Therefore, today D - mannose is one of the most effective and safe for the treatment and prevention of 90% of the urinary tract caused by E - Coli.

Felitsata Ukraine - supplier of raw materials for the production of dietary supplements, lekrastvennyh, disinfectants. We offer lactose, lactulose, amino acids and mixtures of amino acids, ekstraktyyu You can get advice and free samples. Call us, because in person you can find out a lot more than when reading the ads.