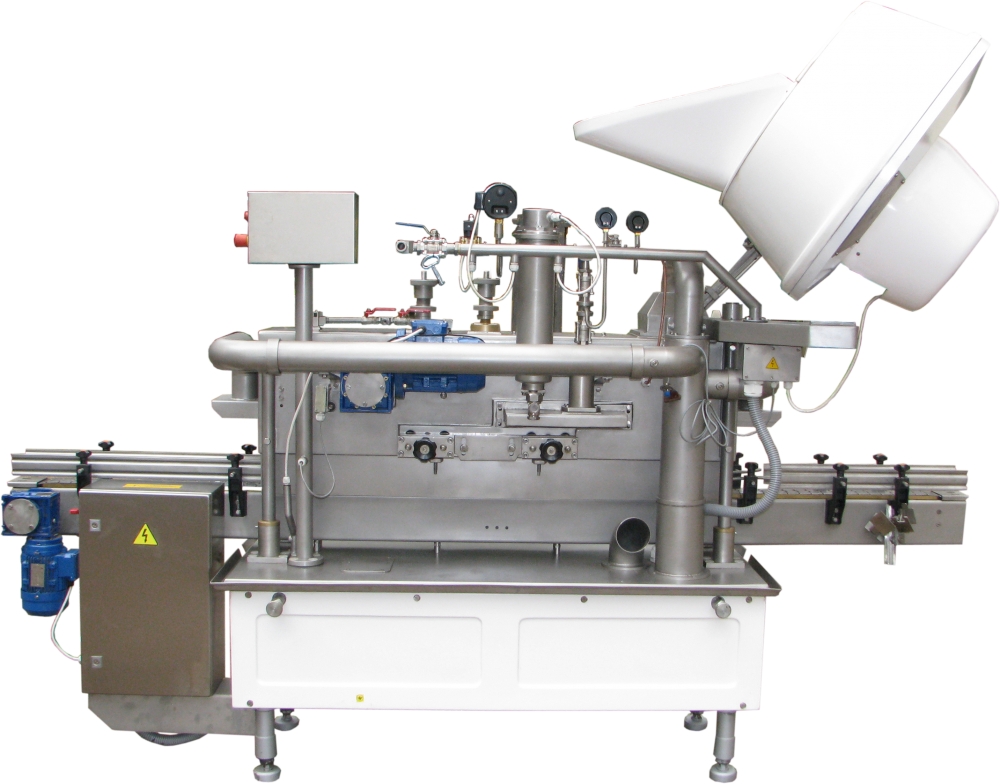 It is intended for a parovakuumny blockage of cans and bottles by covers like Twist-Off. It is used at the enterprises of the canning industry of average power. The technological level of the car answers the best foreign analogs of Germany and Italy. The car has modern design, is convenient at operation, adjustment, service and repair. Cars are in demand of canneries of Ukraine, Russia, Belarus, Kazakhstan and Moldova.

Advantages of this way of a blockage:

blockage with elastic deformation of elements of a cover which excludes destruction of a glassware during a blockage and opening;

in the corked container there is no oxygen that gives the chance to prolong production period of storage; usability as opening of a cover does not require special devices.

The scheme of the car - linear

Way of a blockage - special belts

We recommend to see
Industrial seaming machines
Equipment for production of canning
Send inquiry
Buy
Contact supplier
Your question has been sent successfully
Consultants of the shop typically answer questions during the day.