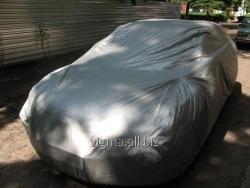 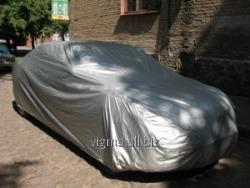 Car a cape without waterproof impregnation

Cape on a car without water - repellent impregnation

Autocapes of the second type (that is without special impregnation) are sewed from cotton fabric, so - called severe coarse calico. Under severe not trimmed coarse calico which differs in the increased fortress and reliability means. Our enterprise makes autocapes from coarse calico of noble light - cream color.

All autocapes of our production are stitched by a strong seam, do not scratch a car surface, easily and reliably to it fasten. We do autocapes by individual orders, by the standards of, removed from each concrete vehicle. Therefore our production "sits" on the car faultlessly.

Contact the seller
Car a cape without waterproof impregnation