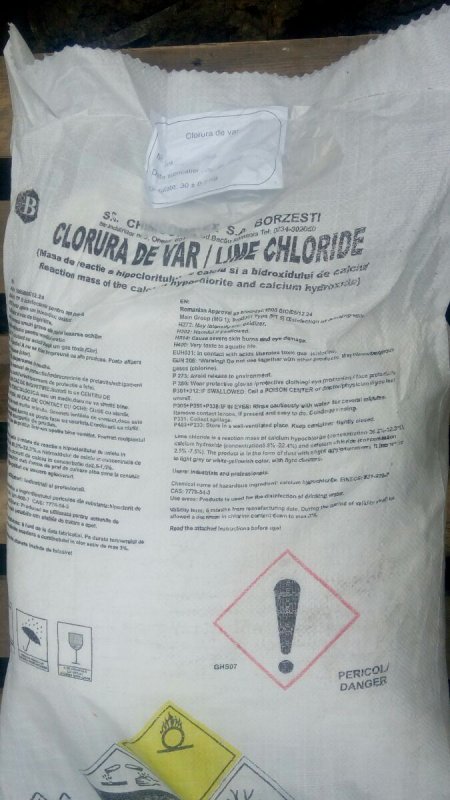 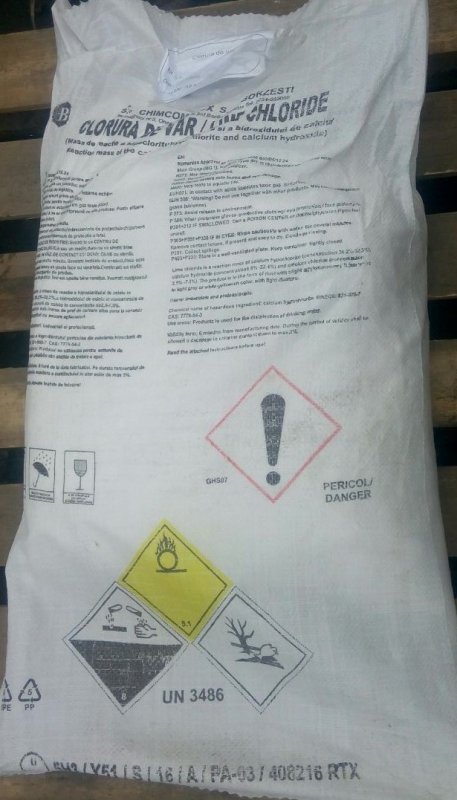 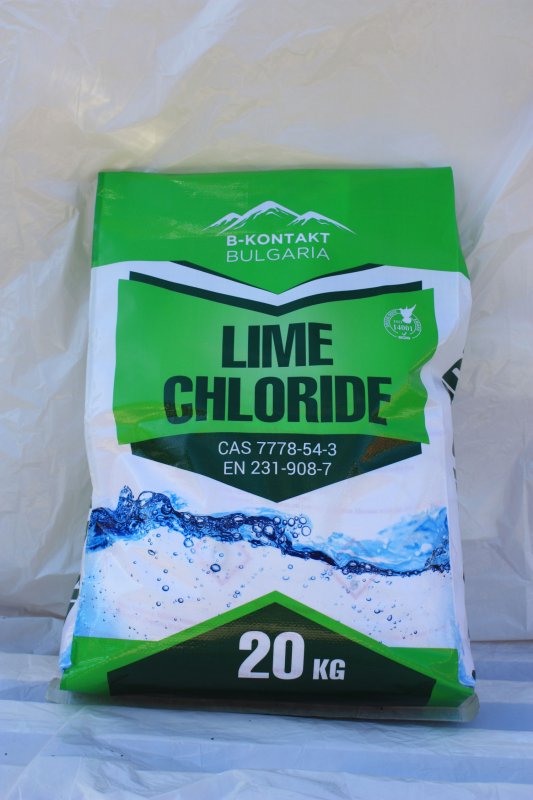 Chloric lime - is used both in public and production places, and in living conditions. For example, bleaching powder is used for processing and disinfection of surfaces and rooms in general in case there were people with diseases of infectious character. Besides, the chemical product is applied for purification of household and industrial sewage and to disinfecting of pure drinking water.

Lime chloric, Bleaching powder – represents mix of dibasic salt of hypochlorite of calcium, oxychloride, chloride and a hydroxide of calcium.

Lime chloric, Bleaching powder
– represents mix of dibasic salt of hypochlorite of calcium, oxychloride, chloride and a hydroxide of calcium. It is applied as a strong oxidizer in the textile and paper industry to a bleaching of fabrics and cellulose, in some chemical productions to receiving chloroform, a hlorpikrin, as vent and a disinfectant, to disinfecting of the soil about granaries from granary wreckers.

Safety requirements.
Lime chloric not a goryucha, but, being a strong oxidizer, at contact with organic products can cause their fire. Chlorine which is emitted from chloric lime belongs to substances of the 2nd class of danger.

For your convenience we provide information including the detailed description of use of chloric lime:

on use of chloric lime for disinfection

II.PRIGOTOVLENIE OF SOLUTIONS OF CHLORIC LIME

From the clarified solution of chloric lime of 10 - 20% of concentration prepared main just before disinfection prepare working solutions of the necessary concentration, being guided by the following table No. 1

IV. USE OF CHLORIC LIME

Use of the clarified solutions of chloric lime

Use of the activated clarified solutions of chloric lime.

Use of dry chloric lime.

V. Measures of personal precaution during the work with chloric lime.

During the work with chloric lime measures have to be taken for protection of respiratory organs, sight and integuments (RU-60 respirator, rubber gloves, goggles, an apron from the rubberized fabric).