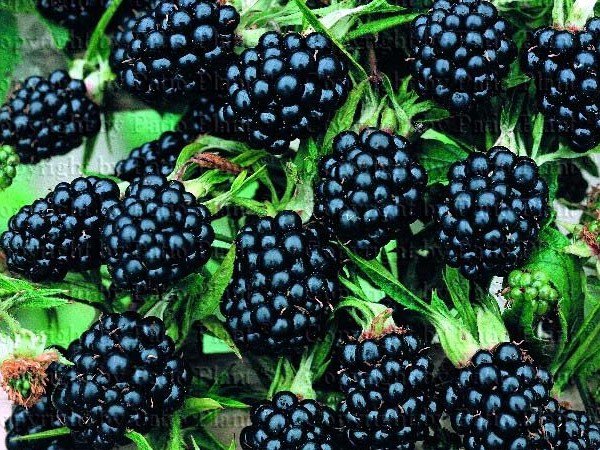 Blackberry - the plant from a sort Rubus belonging to family Pink. Blackberry represents a semi-bush with the long-term rhizomes, flexible escapes and stalks seated by thorns.

The blackberry homeland - North America, exactly there for the first time cultivated this culture: the first mentions of blackberry as about a garden plant in the American agricultural periodical press belong by 1829. In the second half of the 19th century blackberry began to be cultivated also in the European countries. However curative properties of blackberry were known still to doctors of the Middle Ages - the recommendation about treatment of some diseases for berries and broths from leaves of this bush, meet, for example, in Paracelsus's works.

There are about 200 types of blackberry. The bush is widespread in North America and in the territory of Eurasia, in the countries with temperate and warm climate. In North America blackberry is grown up commercially, in the countries of Europe including in Ukraine, blackberry is parted, generally by amateur gardeners. Selectors strenuously work on removing blackberry grades without prickly escapes - it considerably would facilitate gathering berries, and it is possible, blackberry then would eclipse in popularity other similar cultures, for example, raspberry.