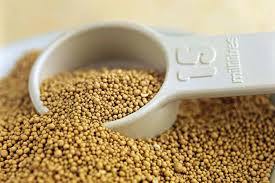 Pellet beer Beer a Dry pellet, Prill, protein - 28% - 30% . Packing in PP bags of 25 kg or scattering of Grain beer Brewer's grain in animal feed Reserve of cheap feed for livestock producers can be a waste from the brewing industry malt sprouts and brewer's grain, which long used in animal feeding as a natural humidity and dried (15 - 20% moisture). Spent grains and waste from the brewing industry is used to feed animals, chipped people began to brew beer exactly. However, in the organization of the use of spent grains for animal feed there are some difficulties. Only some agricultural enterprises, mainly those which are placed nearby Breweries, can provide an uninterrupted supply of fresh brewer's grains to systematically enter it in the diet of animals. Another factor influencing the production of spent grains, and hence on the number at the plant is the season. Peak production of beer