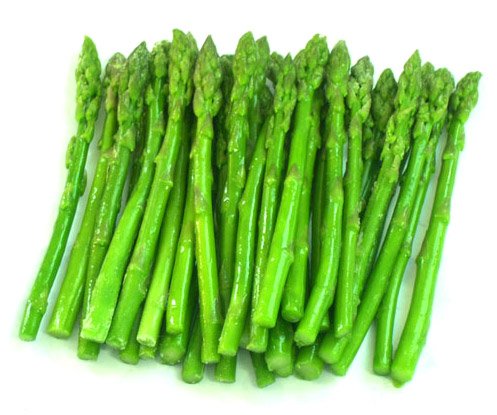 Asparagus - the general name of a grass from family Asparagus. Okulturivany asparaguses about four thousand years ago began in ancient Egypt. In Europe the first who began to grow up an asparagus there were ancient Greeks, and then and Romans. After fall of the Roman Empire the culture of cultivation of an asparagus in the territory of Europe fades, and only during crusades comes back to Europe again. Now there are about 100 types of an asparagus which are grown up worldwide.

Only the top part of stalks of an asparagus is eaten. Young escapes of an asparagus go to fresh food, but also cook them, extinguish, roast, bake, preserve and add to structure of various dishes.