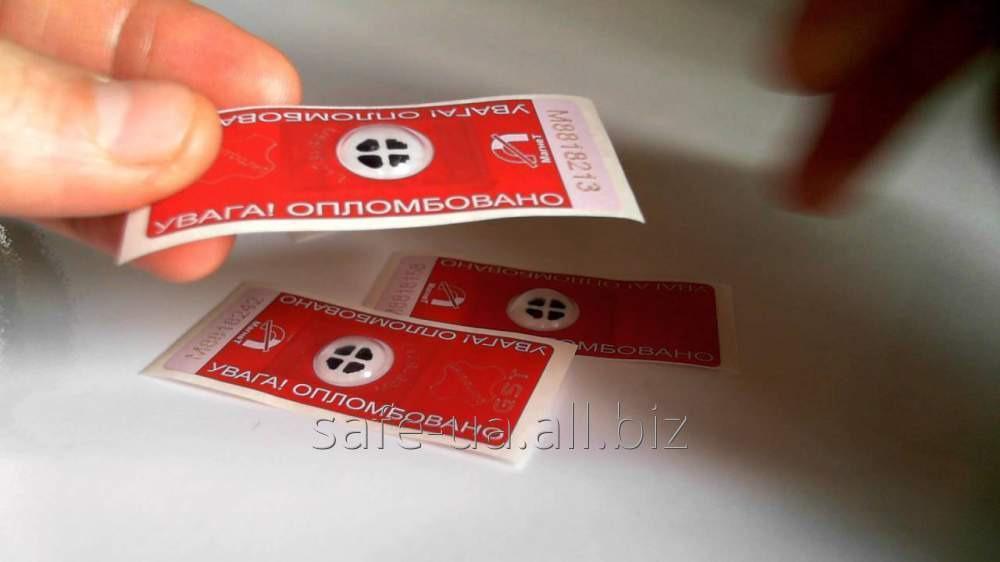 Anti-magnetic seals of Magnet are the seals of the highest quality developed and made by our enterprise taking into account world tendencies of increase of safety and with application of unique technologies.

Anti-magnetic seals of a sticker bear in themselves the serious list of the degrees of protection helping to keep goods and values, to protect from encroachments and theft of power resources with inviolability (electricity, water, gas, heat, fuel).

In the market big set of anti-magnetic seals of various producers. Their cost can be much lower, but cost not always is key since the high cost of energy resources quickly results in payback of our seal which fully protects from plunder. We often face that people come to try someone else's production to us and pereplombirut metering devices, having spent funds for payment of a new seal, a salary to the employees and overhead costs.

Because of external similarity to our anti-magnetic seal of Magnet, and also the similar principle of action, handicraft assembly from low-quality materials, your energy resources allow to steal the wrong choice of other seal easily.

All production of anti-magnetic stickers seals submits DSTU 4551:2006, and the certificate No. ODS-059-0043 confirms their compliance to the quality standards. We are proud of the fact that we make one of the best anti-magnetic seals stickers in the world.

Our seals are the first of measures which promote preservation and strengthening of an order where restriction of access to certain objects and to unprotected rooms, and also timely indication of already happened fact of intervention in operation of devices and mechanisms is required. Getting our anti-magnetic seals, you protect own economic interests.

Is on sale in packings from 50 pieces (multiply 50 units).
The minimum sum of the general order is from 300 UAH.

Seals of a sticker are the specialized stickers intended for restriction of access to storages, unprotected rooms, containers of various type, to metering devices and control, to the transported objects, etc. Protective stickers serve also for informing on already happened unauthorized penetration into a zone of limited access.

Similar seals are rather difficult multilayered sticker with several degrees of protection which set differs at various models. For example, some models are intended to fix not only mechanical influence (an otryvaniye, unsticking, an otparivaniye), but also attempts to interfere with operation, for example, of instrumentations by means of permanent magnets, and also electromagnets and radiators of a variation magnetic field.

The glued seals — it is simple, convenient, available

All models provide manifestation of the inscription "OPENED is OPENED" at a seal otryvaniye, and this inscription is not closed even at repeated gluing of a sticker. All similar products of our enterprise are the number seals of a sticker having consistently increasing numbering. Unique number helps to order the account, and also to strengthen security degree as the number seal cannot be changed for similar imperceptibly.

Release of seals of our enterprise is adjusted according to requirements of DSTU 4551:2006 of Seals indicator. The received Certificate of conformity No. ODS-059-0043 extends to all production.

If you have a need for restriction of potential penetration on a certain territory, to rooms, to instrument boards and the other places closed for access, suggest to use production of our enterprise and to buy the sticker seals which are the simply and the tool effective for this purpose.